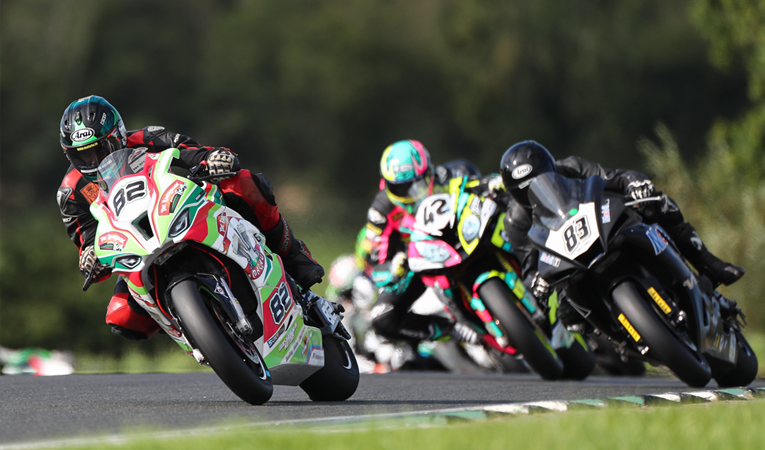 Ireland’s premier Motorcycle Racing Series, the Masters Superbike Championship, has revealed a seven date calendar for 2021, along with the announcement of Dunlop’s continuation as sole supplier of tyres for the headline Superbike and Supersport categories.

Following a very successful collaboration over the past three seasons, the Masters Championship is delighted to have secured the backing and support of Dunlop until the end of 2022. Along with providing tyres for the Superbike and Supersport classes, Dunlop will also continue as title sponsor of the Mondello Park promoted series which will continue to be named the Dunlop Masters Superbike Championship.

Having run a reduced programme in 2020 the Masters promoters are planning for a seven event championship in ’21. The calendar will kick off with its traditional two day test weekend at the end of March, but will not commence race action until well into April. The late start is aimed at facilitating competitors in preparing for the new season following the uncertainty of the past year as the Masters looks to get back to the expansion it had achieved during 2019.

Speaking about the new season and the renewed deal with Dunlop, championship coordinator Fergus Brennan said. “2020 was very tough for everyone and Motorcycle racing was not really a priority for many of our competitors, however we were encouraged by the support we received for the one event that we did get to complete and by the entry for the second planned event which unfortunately had to be cancelled at short notice. We know that there is a great appetite amongst competitors, who are itching to get back racing, but we feel that the late start will help us provide a more secure calendar and that the riders and the championship will benefit from the April start.

Dunlop have been great supporters of the championship for the last three years and have provided a great product along with strong technical back up, so we are delighted to have them back for a further two years. The level playing field provided by the use of Dunlop as the sole tyre supplier, along with the restrictions on tyre usage included in the championship rules, have made the series really attractive to riders and have contributed to the championships’ success in recent years. We are looking forward to working with them to continue that success.”

Clinton Howe of Dunlop also commented “It was an easy decision for us to continue with the support of the Masters Championship for the next two years. It’s a great showcase for our race tyres and the long-standing relationship has allowed us to develop a genuine understanding of the needs of the individual riders.”

The 2021 Dunlop Masters Superbike Championship gets under way with two days of testing at Mondello Park on March 27th & 28th followed by one event at the end of each month through to September.