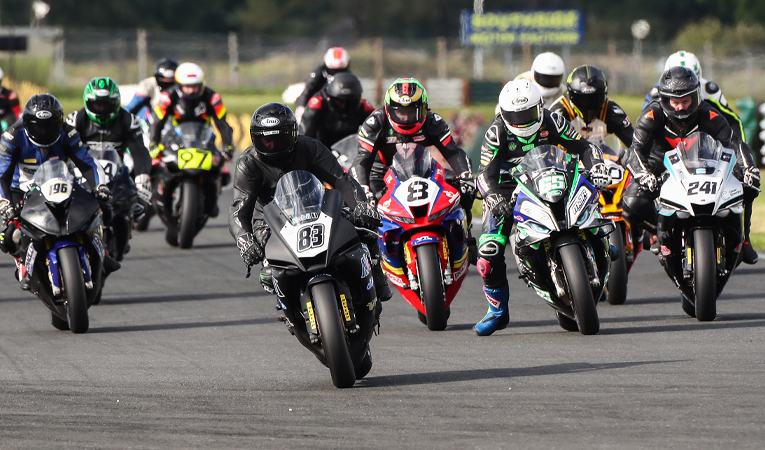 The Dunlop Masters Superbike Championship has announced its schedule for 2022 as it returns to a full calendar for the first time since 2019. With continuing support from Dunlop, a seven weekend championship will begin with the official test days in March and continue with a race event every month between April and September.

The six race events will all take place at Mondello Park, County Kildare, with three on the venues’ National Track and three on the International Track. For the first time the test weekend will also utilise both circuits over its two days. The championship will also feature some new initiatives along with an increase in the Superbike prize-fund.

Following one of the most competitive Superbike seasons for many years the championship promoters are looking to continue to grow the quality and quantity of bikes and riders involved in the feature classes. For 2022 the Superbike and Supersport categories will have longer qualifying sessions and Superbike competitors will also race for an increased prize fund. The value of the prize fund will increase by 30% with the Superbike awards increasing by more than €1,200 per event. Changes to the championship points scoring system are currently being finalised in an effort to keep more riders fighting for the championship right up until the final event.

A new award is being planned which will allow Junior riders across all categories compete against each other for the title of young racer of the year. The series will use a radical points scoring system which will see riders scoring more points the more competitors they finish ahead of, thereby rewarding performances in the more competitive classes.

Mondello Park will also continue its policy of trying to encourage young racers into the sport next season by supporting the FIM MiniGP Ireland Series. The FIM MiniGP racers will join the Masters for two events, with the championship for ten to fourteen year old’s incorporated into the timetable at the May and August rounds. In addition, Mondello Park and Motorcycling Ireland are offering a scholarship to one lucky rider who will be given the use of a MiniGP Ohvale for the full 2022 season. Applications for the scholarship are currently being taken and details can be found on fimminigpireland.com.

Further details of the new Dunlop Masters Superbike Championship season will be announced over the coming weeks as the championship gets ready for its thirteenth year. Preparations for the new season can be followed on the championship web site, masterssuperbike.ie and its social media pages.