The Countdown is on to the 2022 Dunlop Masters Superbike season 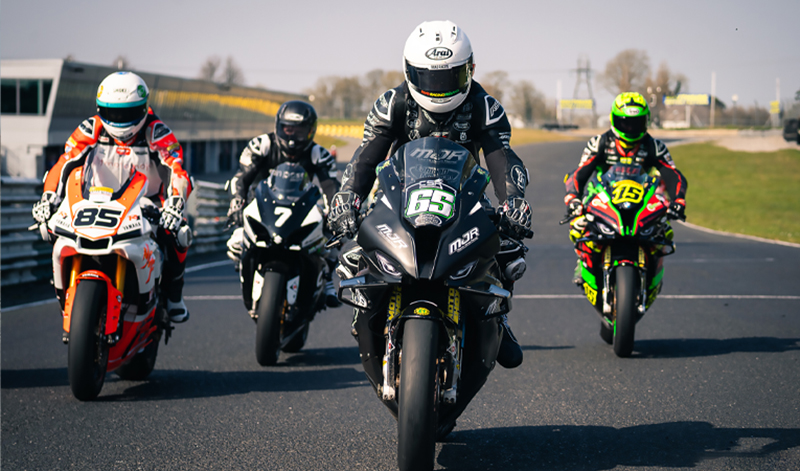 The countdown is on to the opening weekend of the 2022 Dunlop Masters Superbike Championship as it prepares to burst into action on April 23rd and 24th at Mondello Park.

Ireland’s biggest motorcycle racing championship kicks off its twelfth season with a host of new sponsors, a new points scoring system, an impressive line-up of twenty five riders eligible for the new Future Stars Championship and the promise of an exciting start to the year as the Masters Motorcycle Show returns.

The Dunlop Masters continues to attract Ireland’s top short circuit racers and Road Racing stars but this season it will also benefit from the addition of new teams and riders including former MotoGP and BSB rider Chris Burns who will ride for AKR Racing in Supersport and British Superstock regular and former Thundersport Superbike Champion John Ingram, who will tackle the Superbike class.

The success of the 2021 series, despite the restrictions caused by the global pandemic, has seen most of the championship sponsors retained and new ones joining in. Dunlop continue as the title sponsor, as well as being the sole tyre supplier for the Superbike and Supersport classes. Principal Insurance Ireland have swapped their support to the growing Twins class, which will be bolstered by the arrival of a number of brand new Aprilia RS660’s. Progressive on-line race parts and equipment suppliers, superbikes.ie, are also back for another season.

DM Groundworks, FJS Plant and Sorcon will join forces to support the new Future Stars award which has a unique scoring system that allows riders to compete for the same championship despite riding in different classes. The award sponsors and other supporters have put together a €5,000 prize fund which will be contested by all riders who are twenty years old or younger at the start of the opening race weekend. With Daracore continuing their involvement as both a race team and championship sponsors and Nedar Heat also coming on board, the championship will have its strongest line-up of supporters in its history, allowing a major increase in investment in the championship.

For the first time in 2022 the Masters will have a two part season, with the first four rounds counting as part one, where riders will only count their best three weekends from the four. The second part will be made up of the final two weekends and will also count as the MCI Southern Star Championship. The aim of the changes is to allow riders who have other commitments or who suffered an accident or mechanical failure in the early part of the season to still have something to compete for.

Visitors to the opening event of the season will get a bonus for their admission money with the Masters Motorcycle Show back on the menu after a two year absence. The show will see the Martin Birrane collection in the Mondello Park Motorsport Museum joined by a number of historic racing bikes, some of which will be on track for a demo on Sunday afternoon. Mattie Griffin will perform his stunt show in the paddock alongside the trade stands and there will be a chance for spectators to get up close to the bikes and some of our local racing stars during the open pit lane at lunchtime on Sunday.

Tickets to rounds one to three of the Dunlop Masters Superbike Championship, including the Masters Motorcycle Show, can only be purchased on-line from www.masterssuperbike.ie.