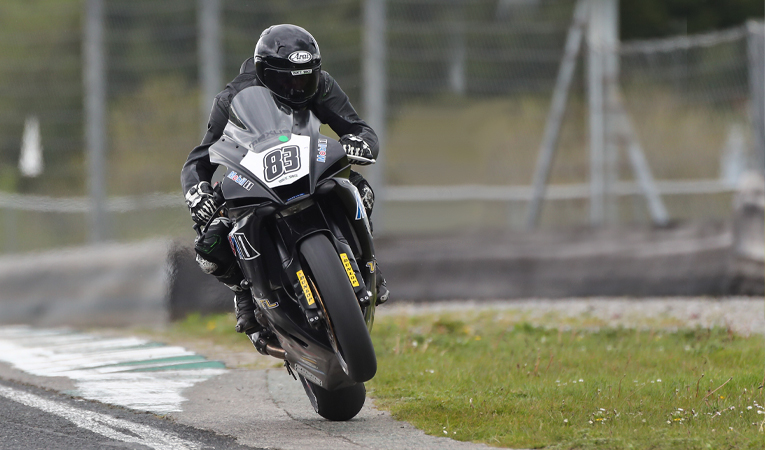 The 2021 Dunlop Masters Superbike Championship will finally get the green light to start its season on June 26th and 27th, with one of the strongest entry lists ever present for the season opener. Rounds 1, 2 and 3 will take place on the Mondello Park International Track marking the first time the opening rounds have run on the Kildare venue’s full circuit.

The Masters Superbike Championship remains the top series in Irish Short Circuit Racing, thanks to the quality and professionalism of its events and the standard of riders and machines competing in the series. For 2021 the championship will run a reduced programme, due to the late start, but will still fit in five events between the end of June and the middle of October, with three races per event, making up a fifteen race calendar. Having only run one race event since October 2019, the appetite for racing is healthier than ever amongst Ireland’s top riders and this, along with the the high profile of the series, has contributed to the strong line-up across all of the classes.

The range of classes competing remains the same as previous years, with the organisers opting for stability following the disruption of activities since March 2020. The Superbike and Supersport classes remain as the pinnacle of the sport In Ireland and both classes have attracted large entries in both the Pro and Cup divisions. The Superbike Pro class looks like being the strongest it has been since the creation of the Masters in 2010. More than fifteen riders will contest the class, backed up by an additional twenty-plus Superbike Cup riders. Supersport is set for a revival with almost thirty bikes entered and more still to come before the closing date.

The championship will also run races for Twins, with this class close to being oversubscribed, Principal Insurance Pre-Injection, Classic Superbikes, Moto400, Sidecars and Juniors. The Junior racers will have a newly added prize-fund to compete for, thanks to DM Groundworks and FJS Plant Repairs who between them will be offering €3,000 in end of season awards to the two junior classes.

The opening rounds of the 2021 Dunlop Masters Superbike Championship will run behind closed doors with no spectators allowed and the event will run in accordance with all current government guidelines regarding Covid-19. It is hoped that the situation in Ireland will improve sufficiently to allow spectators to return for the July event which would be a massive boost for a sport that has lost so many events over the past fifteen months.