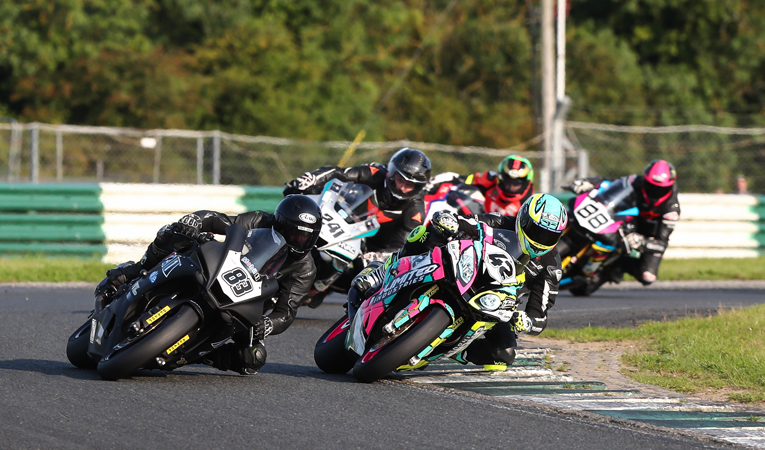 The Dunlop Masters Superbike Championship makes its second visit of 2021 to the Mondello Park National Track this weekend, with the Kildare venue set to host rounds ten, eleven and twelve of the hotly contested championship, as well as welcoming an increased number of spectators. The September 25th and 26th event will be the penultimate event of the year with the finale set for just two weeks later on October 9th and 10th.

As the series prepares for two events in quick succession, to round out its shorter than normal season, there are five riders still in contention for the Superbike crown. Wicklow based Derek Sheils leads Kilkenny native Richie Ryan as he attempts to break Ryan’s run of championship victories which stretches back to 2017. Sheils and Ryan have captured most of the wins this season but when not winning both have dropped points, allowing Dubliner’s Michael Sweeney and Thomas O’Grady along with Tralee’s Emmet O’Grady to stay in touch.

The previous event in August produced the closest Superbike races see for many years as the unrelated Thomas and Emmet O’Grady got themselves into the mix at the front of the field. Thomas was particularly impressive as he moved his HVAC Solutions Yamaha into victory contention for the first time since returning to the Masters series. The Dubliner finished second to Ryan’s Mobil 1 Yamaha in race one and did the same behind the Road House Macau BMW of Sheils in race two. Emmett continues to develop his TAG Racing Honda and picked up his best results of the season, including just missing out on the podium twice and taking his first front row start.

The top step of the Supersport podium has been the property of Offaly’s Kevin Keyes for most of the season but he has worked for his victories on all occasions, having had to take on top Road Racers Adam Mc:Lean and Michael Dunlop. His nearest championship challenger is Mike Browne who has so far failed to match his 2020 dominance, and Andrew Murphy who has been a regular podium finisher.

Amongst the other classes the Principal Insurance Pre-Injection class is one of the closest with every race going down to the final lap. Tipperary’s Ian Prendergast has emerged over the last two events as the man to beat and now holds a strong championship lead over former champion Darryl Sharkey and relative newcomer Noel Dunne Jnr.

The main Superbike and Supersport classes will be supported at Mondello Park by The Pre-Injection championship, Twins, Classic Superbikes and Moto 400, the DM Groundworks and FJS Plant backed Junior classes and Sidecars. All classes will qualify on Saturday and will contest three races over the two days.

Spectator admission for Rounds 10 to 12 of the Dunlop Masters is by pre-booked ticket only. Tickets for the two days of racing must be purchased on-line, to find out more see www.masterssuperbike.ie.