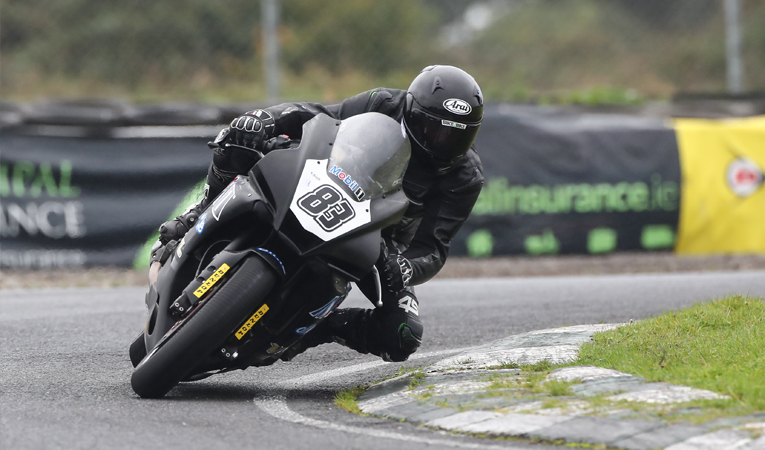 Kilkenny’s Richie Ryan took his Mobil1 Yamaha to an unprecedented fourth Dunlop Masters Superbike Championship title at Mondello Park on Sunday October 10th. The three times former champion had the title in mind as he picked up the points he needed to secure his fourth title in five years by the end of race two, allowing him to sit out the final race of the season.

Four riders started the final weekend of the shortened 2021 Masters season with a mathematical chance of being crowned champion but in reality it would have taken a disastrous weekend for Ryan to lose his lead.

Dubliners Thomas O’Grady and Michael Sweeney, along with Wicklow based Derek Sheils were the ones looking to overhaul Ryan and qualifying gave them some hope, as the first wet session of the year mixed up the grid. The challengers optimism was short lived, as clearer weather for Saturday afternoon’s first race saw Ryan back to his usual pace, as he moved through from eighth on the grid to second by the end of lap one. Despite quickly moving into second Ryan could do nothing about Derek Sheils, whose Roadhouse Macau BMW pulled away to win by over six seconds. Ryan’s main rival Thomas O’Grady closed in on the champion elect as the race progressed, but lost out on second place by a tenth of a second at the flag. 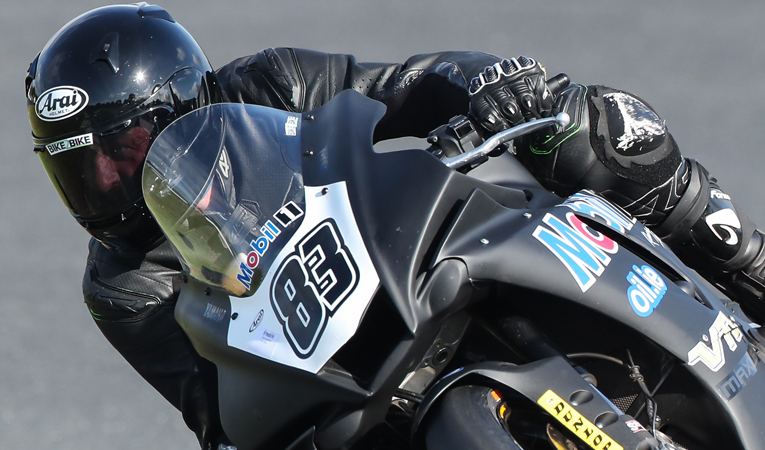 By the start of race two the title fight was down to two riders, with Ryan only having to worry about O’Grady. The Dubliner knew he had to win, with Ryan well down the order, to take the battle to the final race as he set about trying to overhaul race leader Sheils. O’Grady tried everything he could to take what would have been his maiden Superbike win and this battle allowed the top five to close right up. A last lap lunge by O’Grady failed to get him past the leader and at the flag it was Sheils once again, three tenths ahead of Thomas O’Grady, with Sweeney and Emmet O’Grady next up with Ryan’s fifth place securing his record fourth title.

With first for Ryan and second for Thomas O’Grady already settled, the final race of the weekend was all about third place in the championship, with Sheils and Sweeney the two in contention. Riding quicker than he ever had around Mondello Park, Sweeney took pole for the final race and led the early laps before Sheils got by and pulled ahead to take his first hat-trick of the year and rob third in the Championship from his good friend Sweeney. Sweeney completed his return to form by taking second place ahead of Thomas and Emmet O’Grady.

The battle in the Superbike Cup raged all weekend having started with three riders in contention, Kerrymen Evan and Dean O’Grady and Cavan’s Shane Connolly. The Cavan man had been the fastest Cup rider over a single lap all season and had won the Cup class in every race he had finished, so he started as favourite despite his twenty four point gap to leader Dean O’Grady. A series of mechanical issues for Connolly had dented his challenge but this time around it was crash which put him out leaving the two O’Grady’s to battle for the series lead. Daniel Matheson took the Cup win with Evan second, Vinny Brennan third and Dean fourth, cutting his lead to just one point. 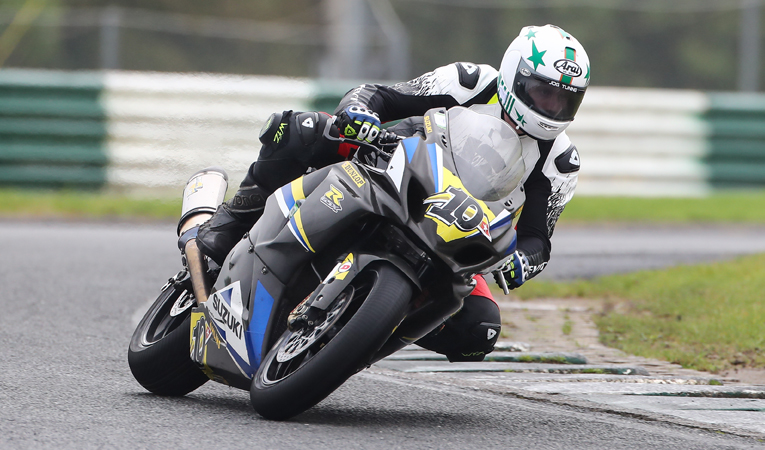 Race two saw Evan O’Grady take second in the Cup just ahead of Connolly who made up for a lowly grid position to make the podium. Dean O’Grady could only manage fifth due to arm pump pain and now went to the final race of the year with an eight point deficit. In Race three Connolly once more showed his class as he battled with the Pro riders while taking the Cup victory but behind him the championship was playing out in Evan O’Grady’s favour. The Kerryman concentrated on keeping ahead of his County neighbour and fourth place behind Connolly, Matheson and Andrew Whearty was enough for him to be crowned Cup champion. 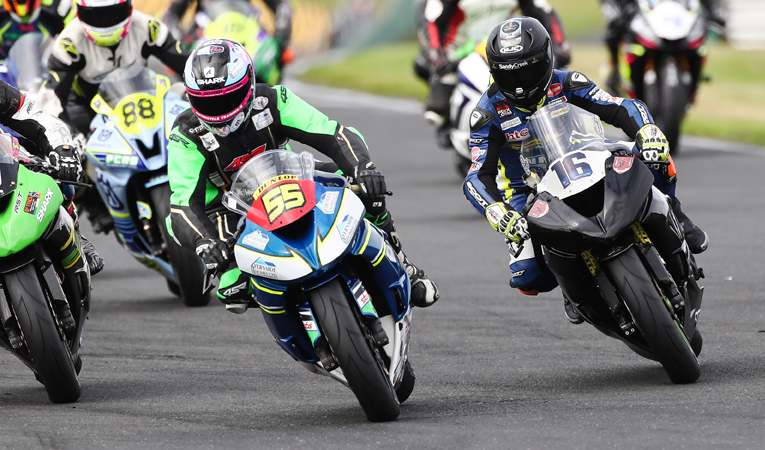 The Supersport crown had been decided at the previous event which was a slice of luck for Champion Kevin Keyes, who was unable to race due to an injury sustained at the BSB in Donington Park the previous week. Keyes absence left the way open for two first time winners as Michael Owens took a hard fought double, before and incident with Oisin Maher in race three put him out and handed the win to Supersport Cup champion Jamie Collins. Collins, who had secured the title in Sunday’s first race, when main challenger Scott McCrory crashed out, became only the third rider in the history of the Masters to win outright while designated as a Cup competitor. 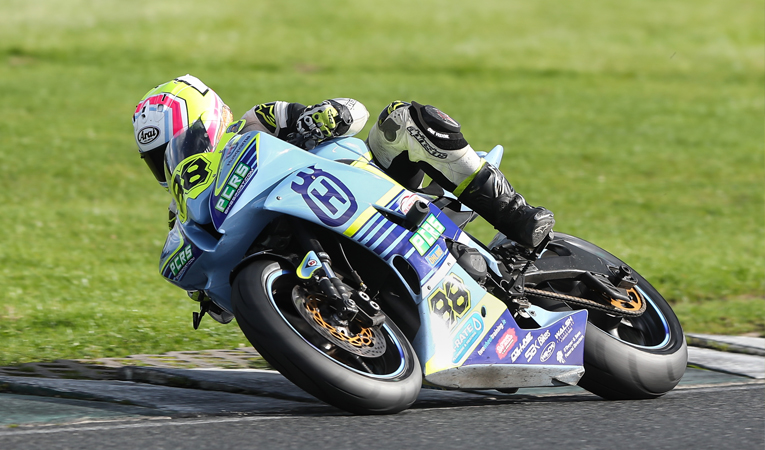