Kildare based Daracore forge Partnership with the Masters Championship 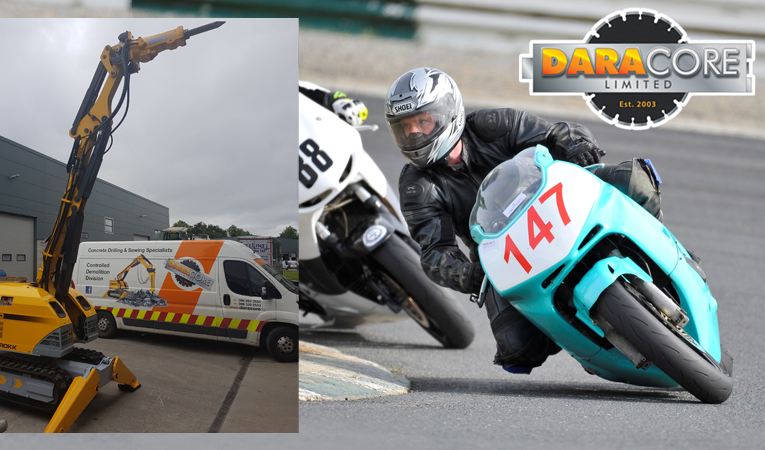 As the 2020 season approaches, the Dunlop Masters Superbike Championship gets set for the biggest season to date with the addition of another new Championship partner.

Kildare based International Concrete Drilling and Sawing experts, Daracore, will join the championship as a sponsor, as well as lending their support to Superbike Championship rookie Kevin Madigan.

Daracore is one of the UK and Ireland’s leading concrete cutting, drilling and demolition specialists operating out of its Irish depots in Kildare and Cork as well as two UK locations in Hatfield and Wembley. Having previously backed individual riders competing in the series, the progressive company will use their expanded involvement with the Masters to grow their brand as well as entertaining clients and staff at Masters events.

Backing up Daracore’s sponsorship of the championship will be a new association with former Pre-Injection and Classic Superbike front runner, Kildare man Kevin Madigan. Daracore’s new signing will graduate to the headline Superbike class for 2020 with the aim of challenging at the front of the Superbike ‘Cup’ championship.

Speaking of their first move into Championship sponsorship, Daracore’s MD Keith Farrell said “We decided to get more involved in local Motorcycle Racing by backing Kevin’s move into the Superbike class and when we saw the additional benefits of also being an associated sponsor of the championship we decided to take the plunge. We’re looking forward to attending the Masters events during 2020 with our guests and having an involvement with a rider such as Kevin will add that extra bit of excitement.”

Championship manager Fergus Brennan also spoke about the new partnership adding “It’s great to welcome a sponsor with such a hands on approach to their partnerships. The Masters is a great platform for companies to entertain their clients and staff and with a parallel association with one of our long standing competitors, Daracore should be in for an exciting year ahead.”

The Masters Superbike Championship kicks off with two days of pre-season testing at Mondello Park on March 14th & 15th with the real action getting underway two weeks later at the same venue. To follow the Masters Championship see www.masterssuperbike.ie or catch up with all of last seasons action on our YouTube channel.