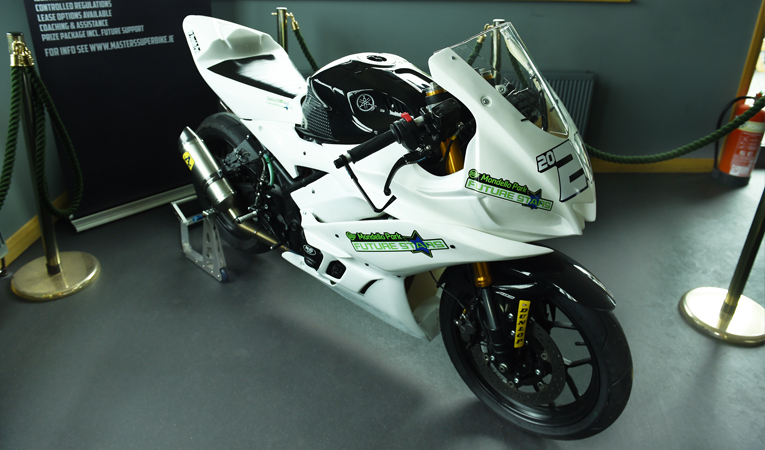 Mondello Park has announced that 2020 will see the introduction to the Dunlop Masters Superbike Championship of a new Junior Motorcycle Racing series, for twelve to seventeen year olds, aimed at bringing new riders into the sport. The new championship will set out to provide a well structured, low-cost entry into circuit racing and a high profile level playing field for young racers to compete on.

Future Stars, which has been set up by Mondello Park, will run within the existing Junior Cup class with all riders using identical Yamaha R3 motorcycles, run to a tightly controlled set of championship and technical regulations. The bikes for the class will be supplied by Yamaha Ireland and will only be available to lease or buy from Mondello Park.

Mondello Park’s new young racer initiative will be the first in Ireland to offer the option to lease a bike thereby cutting out some of the expense and pitfalls encountered by new entrants into the sport when deciding to buy a new or used race bike. Costs will be controlled and parity of performance maintained through a very tight set of sporting and technical regulations which will be designed to make sure that new riders are not disadvantaged by their lack of experience.

The Yamaha R3’s will be supplied, ready to race with no additional work or expense required to prepare them for the track. Competitors who sign up for the championship will be assisted with their own preparation through pre season coaching and ongoing advice and technical support from experienced racers. A prize package is currently being formulated and it will be designed to help the best young racers to progress their careers through the Motorcycle Racing ranks.

The new series will begin in March 2020 with the Masters Championship pre-season test weekend. Future Stars will be heavily promoted, both prior to and during the season, and will offer young competitors a much higher profile than currently available when starting out in racing. Prospective competitors who wish to find out more can contact Dunlop Masters Superbike Championship co-ordinator Fergus Brennan on info@masterssuperbike.ie.