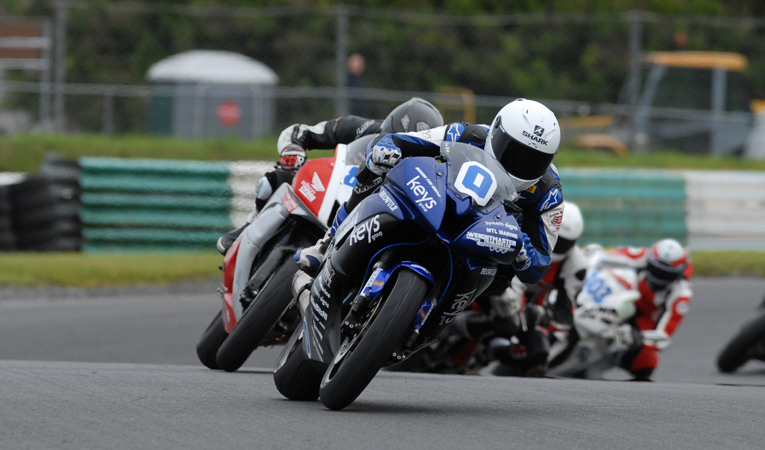 Former British Superbike race winner and 2015 Superstock 1000 British Champion, Josh Elliott, is set for a full time return to the Dunlop Masters Superbike Championship with AKR Thomas Bourne Racing. Having previously taken two Supersport race wins back in 2011, Elliott will return to the class on board a Honda for the remaining four events of the 2022 Championship.

AKR Racing joined the Masters series for the first time in 2022 with a two bike team for Chris Burns and A Jay Carey. The new team have already made a big impression with Carey currently leading both the Cup class, for rookie racers, and the overall Championship, following a string of podium finishes and Cup class wins.

As the Masters season heads for its third event Carey will now have a new team mate as former Masters race winner Josh Elliott joins the team. The Ulster rider’s two wins came on his only previous weekend in the series, eleven years ago. On that occasion he battled all weekend with his future British Superstock rival Keith Farmer as he took two wins and a second place.

In between his Mondello Park visits, Elliott won the British Superstock 1000 championship before progressing into British Superbikes in 2019. A maiden Superbike win at Silverstone at the start of the year was the highlight of his season but the unfortunate Ulsterman was unable to sustain his progress through the Covid effected 2020 and 2021 seasons and is now delighted to get an opportunity to get back racing.

“I have to thank AKR Thomas Bourne Racing for giving me this opportunity” said Josh “I was surprised when I got the call and now I intend to make the most of my return to the track. I’m really looking forward to racing at the Masters, as it is such a well run series. I’m also looking forward to being back in a racing paddock again, enjoying my racing and seeing a few old faces, as well as getting back to the serious business of trying to get some decent results and hopefully repaying the team with race wins.”

The team management also gave us their thoughts on their new signing. “AKR/Thomas Bourne racing are delighted to welcome Josh Elliott to our team, riding one of our Honda CBR600RR machines in the Supersport class. Josh comes with a wealth of experience and we are excited to have him on board for the remainder of the season at the Dunlop Masters series.”

Elliott will have his first outing for the team at Mondello Park on June 25th & 26th and with riders allowed to drop scores from one weekend, Josh will have effectively missed just one event and could still be a contender for the championship.