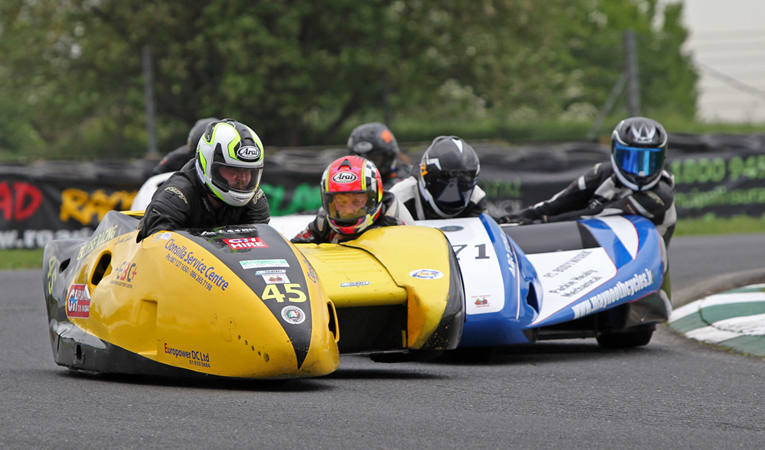 The 2018 Dunlop Masters Superbike championship action continues this weekend, June 16th & 17th as the series reaches its half way point on the Mondello Park International Track. Rounds ten, eleven and twelve will share the County Kildare venue with ‘Party in the Park’, Mondello Park’s annual family fun event. The Masters will run over two days with Party in the Park adding to the entertainment for Sunday. Following a break of just three weeks the Masters competitors find themselves back on the full Mondello Park International Track, which produced such entertaining racing last time out. Despite the absence of championship leader Charles Stuart due to an engine blow up in testing, the action at the front of the Superbike field was as close as ever. Richie Ryan with his Yamaha R1 took a hat trick of wins but he was pushed hard by the BMW of Peter Moloney who missed out on his first Masters win by less than a bike length in races one and three. Andrew Murphy also upped his game on the best of the Kawasakis to run with the leaders and pick up his first ever podium. This weekend sees some new names added to the Superbike field as Paul Barron makes his first appearance of the season on his Kawasaki and the brand new Suzuki of Aaron Armstrong adds to the variety at the front of the field. The Superbike Cup has been the most competitive and unpredictable class of all during 2018 and any of half a dozen riders could take the win. Five different riders have tasted victory so far but it is the only three time winner, Gary O’Brien, who leads the field, closely followed by Frank Doherty, Michael Prendergast and Chris Campbell. The Supersport class has been more predictable than Superbike, as Dean McMaster and Emmett O’Grady had shared the wins until the arrival of Eunan MCGlinchey at the last event. With McGlinchey racing at a clashing BSB round the battle at the front will once again be between the championship top two, with an outside chance of Pro Class newcomers Dave Butler and Michael Browne, and Supersport Cup front runner Keelim Ryan, challenging for the win. For this weekend the timetable will change following requests from Superbike and Supersport competitors. With extra time required this year for post race podiums and TV interviews a bigger gap between races has been asked for and this will be achieved by the first Supersport Race on Sunday running before the lunch break for the first time. Along with the full time support classes, Principal Insurance Pre-Injection, Twins, Sidecars and Young Guns & Junior Cup, this weekend’s support programme will include Classics, who will race on Saturday only, replacing the Lightweight class. Classic Superbikes will also be on the bill and they will race within the Superbike ‘B’ race. All of the information on the fourth Dunlop Masters Superbike Championship event of the season, including the timetable, is available HERE. Tickets are also available at the reduced price of just €12.50, booked on-line, with under sixteen’s admitted free.