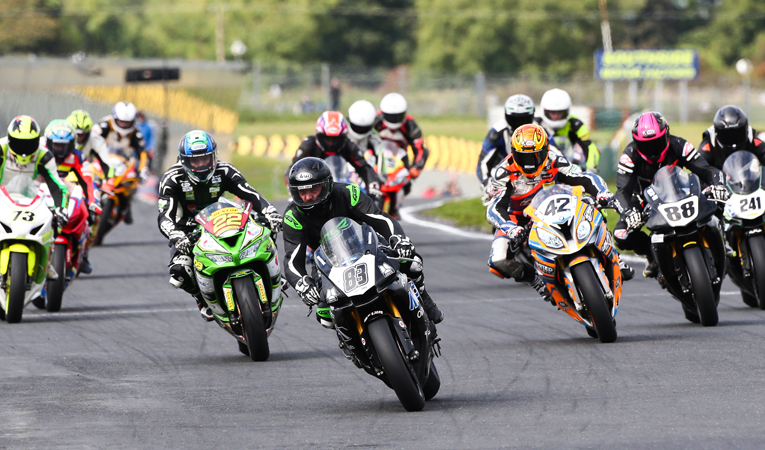 2020 has been a lean time for Irish motorcycle racing competitors and fans with no Dunlop Masters Superbike Championship action having taken place since pre-season testing in March. The long wait is now over for competitors, but for fans the wait goes on as this weekend’s season opener, on Saturday and Sunday September 19th and 20th. will take place behind closed doors.

The 2020 Masters Championship will continue to be backed by Dunlop who will be the sole suppliers of Tyres to the Superbike and Supersport classes. Just two events are scheduled to run this season and with the reduced track time and lack of spectators a very competitor focussed timetable has been organised for the eight round championship.

Most classes racing over the weekend will have four races to contest, instead of the usual three, and this has been achieved by removing some of the fan focused elements of Masters events such as the pre-race interviews and podium presentations. The changes have the effect of streamlining the timetable and allowing increased track time for those competitors who have committed to contesting this unusual championship schedule.

The focus of the weekends’ action will be the Superbike class where thirty competitors will line up to try to qualify for the championship races. Most of the top contenders from 2019 are back, looking to knock Richie Ryan off the top spot he has held for the past three seasons. Luke Johnston, Peter Moloney, James Kelly and Emmet O’Grady will be looking to close the gap to the Kilkenny rider and joining them will be Road Racing stars Derek Sheils and Michael Sweeney along with the fast improving Ross Irwin, making a top eight who are all capable of making the podium.

The supporting cast will be lead by Supersport, where a new champion will be crowned as none of the Masters previous title holders are entered for the season opener. 2019 runner-up Andrew Murphy will face opposition from former Cup champion Keelim Ryan, teenager Oisin Maher, Luke O’Higgins and the aforementioned Michael Sweeney, while Twins graduates Jamie Collins and Robert O’Connell should be the main challengers in the Cup division.

Also racing four times over the weekend will be the Pre-Injection and Twins classes with Classic Superbikes , Moto 400 and Sidecars all racing three times.

With no spectators admitted this weekend the Masters Superbike Championship will have an increased social media presence while live timing from the event will also be available from timing.ie. To follow the weekends action check out the championships facebook, twitter and Instagram feeds.