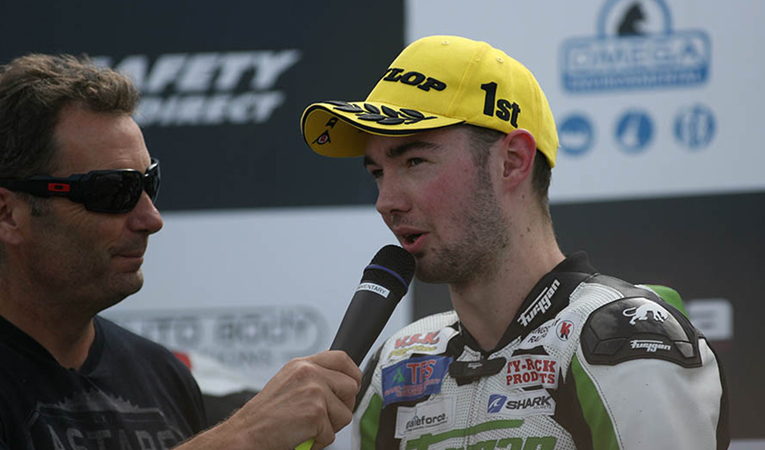 As the build up to the Dunlop Masters Superbike Championship season opener intensifies, Mondello Park is delighted to announce that the 2018 Championship will make its long awaited return to television on eir sport.

eir sport is Ireland’s only dedicated sports channel, broadcasting top class GAA, League of Ireland and International events and the Dunlop Masters Superbike programmes will mark the first time the channel has covered domestic Motorcycle Racing. eir sport will show highlights from every Masters event over the coming season in fourteen half hour programmes. Each programme will feature two rounds of either Superbike or Supersport as well as background information on the championship and its competitors.

The Masters highlights programmes will be produced by Mondello Park with the assistance of Frame It Productions, who created all of the 2017 Mondello Park video highlights and will have the highly experienced John Kenny on board as commentator.

The return to Television is another major piece in the Championship jigsaw which has seen the introduction of Dunlop as the title sponsor, a change to a control tyre and an expansion to seven Mondello Park events for the first time.

Speaking on the announcement of the championship’s TV return Mondello Park’s Roddy Greene said, “We’ve been working on this for quite a while and it’s great that we’ve finally got it across the line. We feel that TV exposure for the championship will be an important factor in the series continued expansion and we are looking forward to working with eir sport over the coming season and hopefully in future years. eir sport will provide us with a fantastic platform to bring the championship to a new audience and we aim to make the most of this opportunity to grow the Dunlop Masters Superbike Championship.”

The opening three rounds of the Masters take place this weekend, March 24th & 25th, at Mondello Park, along with the first ever Masters Motorcycle Show. The event will give spectators the chance to see Ireland’s best Motorcycle Racers in action alongside Motorcycle Stunts and a large indoor and outdoor exhibition of all the latest Motorcycling products.

Dates for the Masters TV programmes will be announced over the coming weeks through the championships’ web site www.masterssuperbike.ie and through the series’ facebook and twitter pages.