Principal Insurance return to The Masters as Twins Championship sponsor 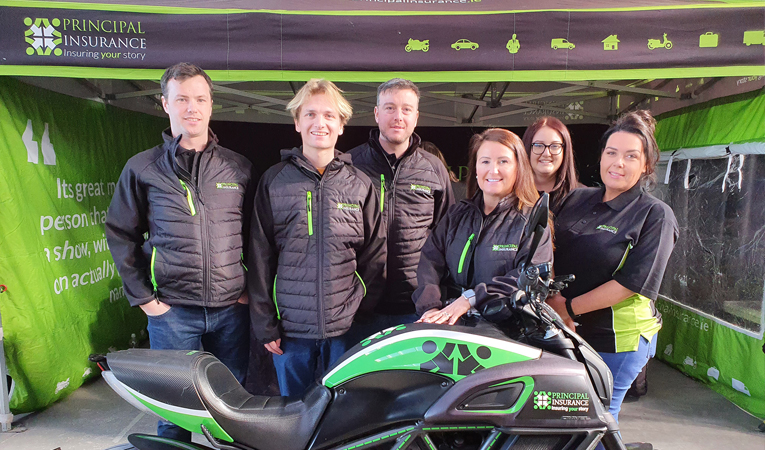 The Dunlop Masters Superbike Championship is delighted to welcome Ireland’s leading Motorcycle Insurance Provider, Principal Insurance, back to the series, as they renew their sponsorship for a seventh season.

Principal Insurance have operated in Ireland since 2015 and currently insures a large proportion of Ireland’s road motorcyclists as well as offering Car, Van and Home insurance to its customers. Principal is also heavily involved in other areas of Motorcycling through their backing of British Supersport racer Caolán Irwin, their support of a number of Irish Road Race events and their presence at smaller ride-out’s and bike festivals all around the country.

Principal Insurance are one of the longest standing supporters of the Masters Superbike Championship having joined the series in 2016 as title sponsor of the Pre-Injection championship, the main support class to the headline Superbike and Supersport categories. As Motorcycle Racing continues to evolve recent seasons have seen the Twins class take over as the premier Masters support series and this has led to the championship promoters switching Principal’s backing to this category.

Having already become the largest and most competitive support championship at the Masters the Twins class will see changes to its regulations for 2022 that will allow a range of new machines join the championship. With an influx of brand new Aprilia RS660 bikes expected to add to the already bulging grids the competition in the class should be more exciting than ever.

Masters Superbike Championship Manager Fergus Brennan commented on the announcement saying. “Its great to have Principal Insurance back on board with us for another year as they become the longest standing championship partner we have ever had. Principal have always been actively involved in the Masters events through ticket giveaways to their customers, attendance at our events and provision of additional awards to their supported class and we look forward to that continuing into 2022 with the Twins category.”

“We’re happy to be able to continue with the Masters for another year and we are also looking forward to working with the Twins class.” said Principal Insurance Ireland Chief Executive Officer Aly Dixon. commented, “With the Twins class evolving and newer bikes and younger riders coming into the series we feel that moving our backing into this progressive class is the right move. We see ourselves as a major part of the Irish Motorcycling Community and this sponsorship along with our involvement in National and Grass Root events helps us to connect with our customers and give something back to the through the sport that many of them are so passionate about.”

The Principal Insurance Twins Championship will run over eighteen races at six Mondello Park events during 2022. The season kicks off on April 23rd and 24th with the Masters Motorcycle Show running alongside the race action. In addition the Sunday action from all 2022 Masters Superbike Championship events will be livestreamed on facebook and YouTube.

Further information on the series is available from www.masterssuperbike.ie and championships’ social media pages while Principal Insurance can be contacted through www.principalinsurance.ie.