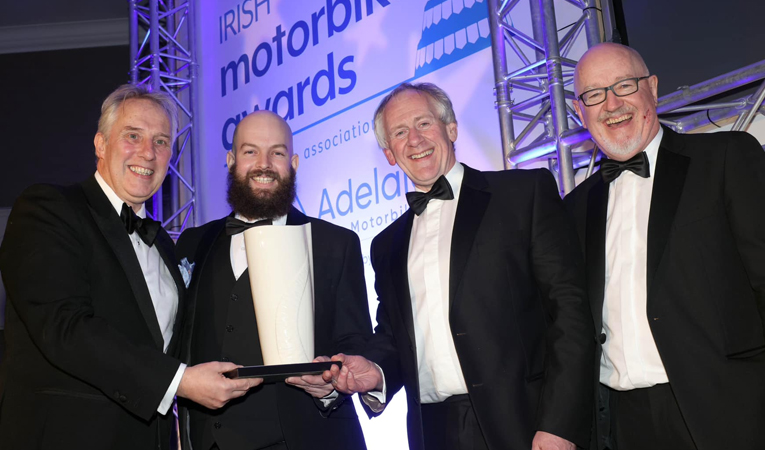 The Masters Superbike Championship picked up the ‘Race of the Year’ award at the Irish Motorbike Awards last Friday Night (Jan 20th).

The series picked up the accolade for the last race of the Superbike campaign where Thomas O’Grady beat Derek Sheils to the 2023 title by passing him on the final corner of the final lap of the season.

Sheils and O’Grady went into the season finale separted by just four points with Shiels in the lead. In order to win Thomas had to overcome both Josh Elliott and Derek and it took him three attempts before he finally sealed the win at the latest possible moment.

The championship promoters are delighted with the recognition that the series received at the awards but the real credit must go to all of the competitors who made it such an incredible season and particularly to Thomas O’Grady our 2023 champion.