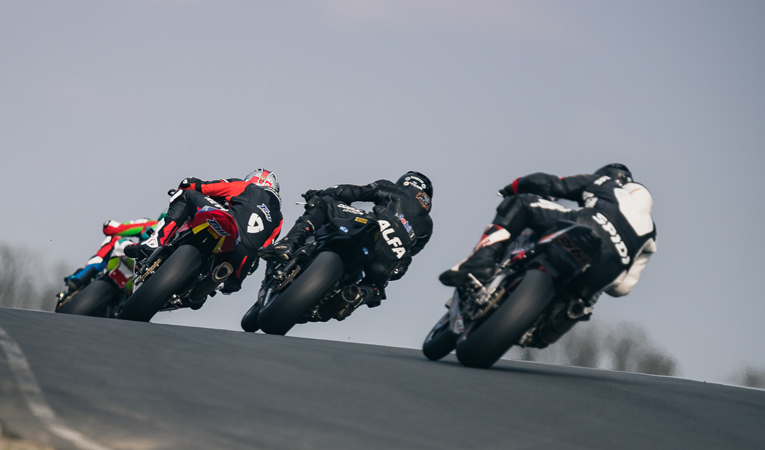 As the Dunlop Masters Superbike Championship heads towards its half way point this weekend (June 25th & 26th), on the Mondello Park National Track, the Superbike and Supersport grids will be bolstered by some interesting entries. Returning Isle of Man TT Star Derek Sheils, will be joined in the Superbike class by Spanish Superbike Championship competitor, Jacque Foley, who will also race in Supertwins, while the Supersport class will see former British Superbike race winner Josh Elliott join the grid.

The Masters events always serve up the best of Motorcycle race action for fans, both at the track and through the Championships live streaming coverage, which is sponsored by Maxus and the Harris Group. With the additional entries and the strength in depth across all classes, this weekends racing should be even closer and could result in some major changes in the championship standings.

Sheils was one of a number of local riders who set their fastest ever laps around the Mountain course during 2022 TT qualifying and the Wicklow resident finished race week with fifteenth in the blue riband Senior TT, where he was best of the Republic of Ireland riders. With his focus now away from the TT for another year, the former Masters champion will head for Mondello Park looking to kick-start his Short Circuit Racing season.

Having only competed in one Masters round so far, back in April, Sheils currently trails championship leader Alan Kenny by forty one points. However, with each rider allowed to drop his worst weekend from the opening four, the Road House Macau backed rider remains well in contention to add to his two previous Superbike titles, having taken two wins and a second place at event one.

A one hundred and sixty strong entry list will line up across all of the Masters classes this weekend with both the Superbike and Supersport categories having thirty five plus entries. All of the Superbike Championship contenders will be on the grid, including series leader Alan Kenny from Cavan, Kilkenny’s Richie Ryan and the O’Gradys, Thomas from Dublin and Emmett from Kerry. The Superbike Cup class, which has been dominated by Jamie Collins and Andrew Whearty so far this year, will also have a new addition this weekend as former Thundersport UK champion and Ducati Tri Options Cup campaigner, Jacque Foley joins the grid. The Clare based rider will take a break from his European Superbike season as he brings his Suzuki Superbike to Mondello Park for the first time and should be an immediate front runner.

Alongside taking another Superbike podium Emmett O’Grady was a double Supersport race winner in May, on his debut with the new Harris Group Yamaha R6 and will be one of the favourites in that class this weekend. To repeat his feat the Kerryman will have to contend with the arrival in the Masters of former British Superbike race winner Josh Elliott, who joins the AKR Thomas Bourne Racing team for the remainder of the season.

The supporting classes will be headlined by the Principal Insurance Twins classes which will have the biggest grid of the weekend. Also racing will be the Classic Superbikes and Pre-Injection, Moto 400, Sidecars and the up and coming stars of the DM Groundworks and FJS Plant Junior Championship.

Tickets for the Masters are now on sale from the championship web site and must be purchased in advance.