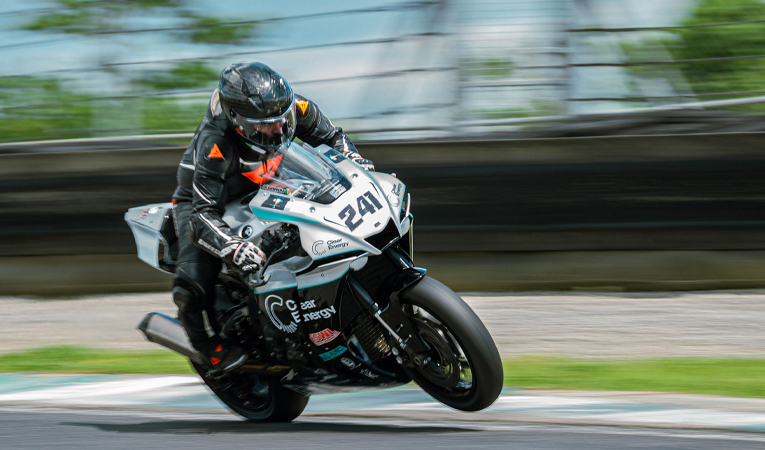 Two riders sharing the same surname were the top performers at rounds seven, eight and nine of the Dunlop Masters Superbike Championship at Mondello Park last weekend, June 25th and 26th. Thomas O’Grady from Dublin picked up two second place finishes from the three Superbike races to move into the Championship lead, while Tralee’s Emmett O’Grady took his maiden Superbike win in the final race of the weekend. The Kerry rider also took another Supersport win along with two second places, while his Dublin rival took a Supertwin hat-trick.

The latest rounds of the Masters were boosted by the return to the Superbike class of Derek Sheils, who was expected to be the man to beat on his Roadhouse Macau BMW. The Wicklow rider took victories in the first two Superbike races but had to come from behind to win both.

In race one championship leader Alan Kenny from Cavan was first to run at the front but by the end of lap three he was under pressure from Thomas O’Grady and Sheils. O’Grady was first to make a move and by the time Sheils had also passed Kenny, O’Grady was a couple of seconds ahead. Sheils gradually clawed his way back and on the final lap made the most of a slight error by the leader to take his third win of the season by two tenths of a second. The Cup battle was once again between Meath man Andrew Whearty’s BMW and the Suzuki of Jamie Collins from Cork, with first time Masters Superbike competitor Jacque Foley third.

Kenny got another good start in race two but was once again overhauled by O’Grady and Sheils. The significant point of the race came at half distance as Sheils got by O’Grady just as Kenny dropped his Yamaha at Maxus corner. This time Sheils was able to pull away to take a four second victory, followed by Thomas and then Emmett O’Grady. The Cup race produced an identical result to race one.

The final race took place on a wet track, such an unusual occurrence at the Masters that many of the competitors had never raced on wet tyres or with a wet set up. Sheils got away best from the start, while Kenny was visibly struggling with the handling of his Yamaha before dropping back and eventually calling it a day at half distance. Thomas O’Grady was also not on his usual form, so it was Emmett O’Grady on the sole Honda in the field who took the fight to Sheils.

Six laps in he was right on the former champions tale with both riders struggling to stay upright in the difficult conditions. On lap nine of twelve Sheils mad an uncharacteristic error and crashed, leaving O’Grady to cruise to victory ahead of a titanic battle for second between Cork’s Ray Casey and Ulster rider Daniel Matheson. Matheson just got the better of his former Motocross sparring partner to finish as runner-up, taking his first Cup class win and best ever overall result. Alan Smith and Seanie Smith also took their first Cup podiums as they cam home second and third in the class.

Former British Superbike race winner Josh Elliott was the star attraction in the Supersport class and he duly took the opening two victories. In race one he passed Oisin Maher for the win with Maher then dropping back behind Emmett O’Grady and Elliott’s AKR/Thomas Bourne Racing team mate A Jay Carey. Carey took another Cup class win ahead of Jack O’Grady and Jason Floody.

Elliott led from lights to flag in race two with the Fermanagh rider finishing a second ahead of O’Grady, with Ulster teenager Carey again third as the Cup class produced the same finishing order as race one. The third race looked like going the same way as the opening two, until a mid race charge by O’Grady saw him close in on Elliott. Following a couple of attempts to pass the AKR Honda, O’Grady eventually made it stick at Southside Motor Factors corner at the end of lap nine, before holding Elliott off to win by a tenth of a second. Jack O’Grady took the Cup victory ahead of Floody and Carey, who was penalised for a jump start.

The Principal Insurance Twins races all went the way of Thomas O’Grady with his Aprilia 660. Darragh Crean on the Nedar Heat Aprilia took the runner up spot each time with Jacque Foley, Stephen Tobin and Mark Quilligan sharing the third place finishes. The production class was much tighter as for the second event in a row, Brandon Kavanagh got the better of a photo finish with Nathan McGauran to take race two. Earlier McGauran had won the opening race and would go on to take the wet race three, as Kavanagh struggled with the conditions, to open up a championship advantage over his rival for the first time this season.

The DM Groundworks and FJS Plant junior classes continued to thrive as the two divisions attracted their biggest ever entry, with nine Junior Supersport machines and seven Moto1’s on the grid. Championship leader Jack Whearty blew his engine early in the weekend leaving Adam Brown and Rossi Dobson to share the Junior Supersport wins. Brown took the opener, with Dobson winning the next two. Nicky Burns had a steady weekend, taking three podiums to move into the championship lead. Reuben Sherman Boyd again won all three Moto1 races with Bailey Dobson second each time. Jack Kelly, in his first ever circuit race, took the remaining podium spot in race one, before Harry Phayres got ton grips with his new Tianda machine to finish third in races two and three. 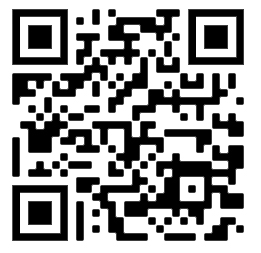