Quality Superbike field to line up for Dunlop Masters Shoot Out 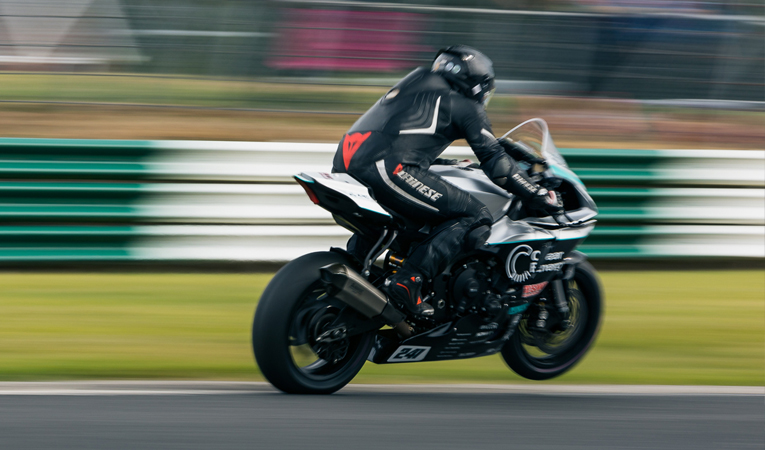 This weekend, September 24th & 25th, the Dunlop Masters Superbike Championship Shoot Out will reach its exciting climax as the final three races of the 2022 season are contested on the full Mondello Park International Track. Following Richie Ryan’s domination of the title since 2017, the series is guaranteed a change of name on the trophy as Thomas O’Grady, Derek Sheils, Alan Kenny and Emmett O’Grady are set to battle it out for the top spot at the head of a quality Superbike grid.

O’Grady on the Clear Energy Yamaha R1 heads the series following his breakthrough to the winners circle earlier this year. Having finished second on a number of occasions the Dubliner made the step up to the top spot of the podium in August and now has three wins to his name and leads the series by three points. Second in the standings is double championship winner Derek Sheils. The Wicklow rider took the title in 2013 and 2015 and is looking to be the first non Yamaha rider to win the championship since his last victory. Riding his Roadhouse Macau BMW, Sheils will also be aiming to become the first rider to win a Masters Superbike title on one of the German machines.

With a wealth of experience across a number of classes, but having never previously committed to a complete Superbike season, Alan Kenny came into 2022 aiming to use this year to build up to a full assault on the 2023 series. The Cavan man soon found himself in the thick of the championship battle as a maiden win at round four was followed by another at round six to leave him right in contention as we head for the final event. The last rider with a mathematical chance of victory was also a first time Superbike winner during 2022. Kerryman Emmett O’Grady on the TAG Honda took his first win at round nine and remains an outside bet for the series as he would require all three riders ahead of him to run into issues.

The battle for race wins this weekend will be event hotter than the championship fight as a number of riders who are not in championship contention have been added to the grid. Former BSB race winner Josh Elliott joined the Superbike class for the first time in August and is already a Race Winner with his AKR Thomas Bourne Racing Honda. For the final event he will have even more opposition who have British Championship experience as former Masters Supersport Champion Kevin Keyes joins the Superbike grid on a Daracore Racing Yamaha. Also adding his name into the mix will be 2012 Superbike and Supersport champion Brian McCormack who makes his second appearance of the season on his FHO Racing BMW.

The top two in the Superbike ‘Cup’ class for less experienced riders have produced the fastest and most competitive Cup class races ever seen at the Masters. Points leader Jamie Collins on his Suzuki and BMW mounted Andrew Whearty have battled all season for the top spot and have broken the ‘Cup’ lap record a number of times in the fight for supremacy. The pace has been so hot that the top two have regularly raced with the front running Pro riders and apart from third placed Daniel Matheson have been well clear of their Cup rivals as they have raced to six wins each. Collins has a nine point advantage over Whearty with Matheson who, despite taking two victories, is fifty points of the top spot in third.

The headline Superbike class will build to the championship climax over Saturday and Sunday with the championship decider scheduled as the last race of the weekend. Qualifying will run on Saturday morning with race one later that afternoon. Races two and three will run on Sunday and will be broadcast live on the championships’ Maxus and Harris Group sponsored livestream. Spectators at the venue will be able to follow all of the action from around the full International Track as the livestream will also be shown on the Megabikes Superstore Ballymount big screen in front of the main straight Grandstand.


For all the Shoot Out information see HERE.